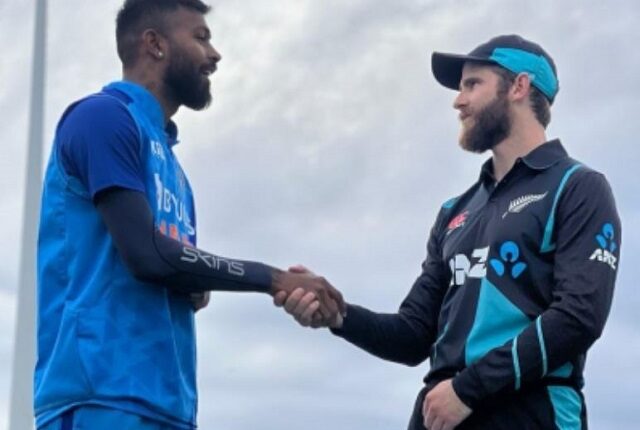 Mount MaunganuI: New Zealand skipper Kane Williamson has won the toss and elected to bowl first against India in the second T20I at Bay Oval, Mount Maunganui on Sunday.

After the T20I series opener was washed out without a ball being bowled at Sky Stadium, Wellington, on Friday, there is a forecast of rain in the second T20I. But as of now, the atmosphere in the stadium has been dry with overcast skies.

Williamson said the pitch and overcast conditions prompted him to bowl first, with Adam Milne coming in for Trent Boult in the playing eleven. “It’s been under covers for a large part, and also potentially some weather around. Always a great occasion when you get to play against India,” he said.

India captain Hardik Pandya feels the batters will have to assess the conditions early to post a good first-innings total. India will be opening with Ishan Kishan and Rishabh Pant, with Suryakumar Yadav, Shreyas Iyer, Deepak Hooda and Pandya to follow with the bat.

“If the wicket doesn’t help you, and you try playing shots and lose wickets, and it doesn’t rain, you might be in a difficult position. We’ll assess the situation, and if the rain comes, we’ll reassess.