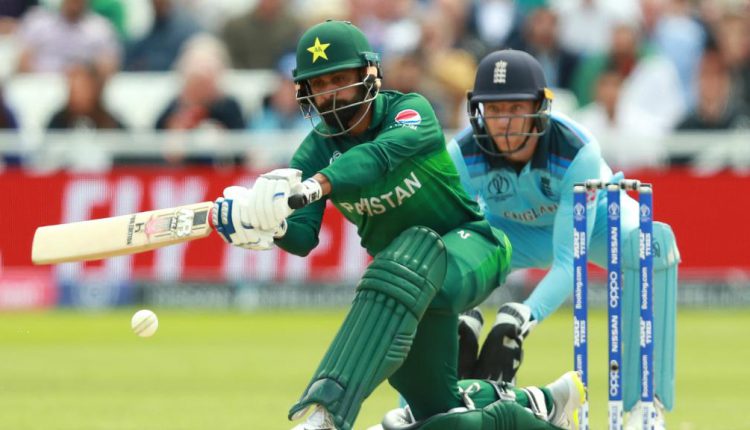 Nottingham: Pakistan posted a mammoth total of 348 for 8 in the stipulated 50 overs against hosts England in their second encounter in the on-going ICC Cricket World Cup 2019 at Trent Bridge here on Monday.

Chasing the victory target of 349, England were 86 for 3 in 15 overs on a batting friendly wicket, when the news was filed.

Pakistan, who were all out for just 105 in their first game against West Indies, began their innings on a positive note.

Openers Fakhar Zaman and Imam-ul-Haq provided a solid start adding 82 runs for the first wicket. However, they both couldn’t complete their half-century.

Mohammad Hafeez (84), Babar Azam (63), skipper Sarfaraz Ahmed (55) played a crucial knock to get their side to a comfortable position.