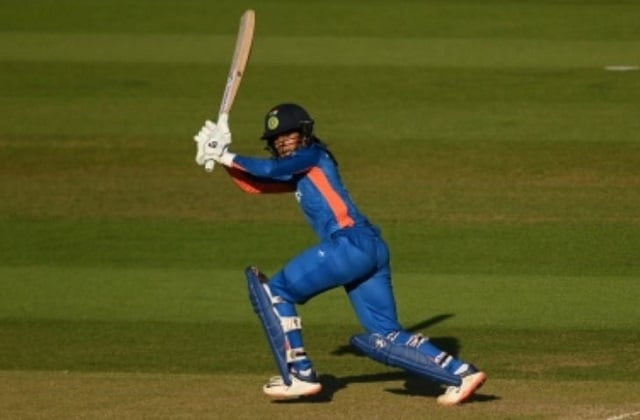 Dubai: India’s Jemimah Rodrigues along with Thailand’s pioneer batter Nattakan Chantam, Bangladesh captain Nigar Sultana along with Alana King (Australia) and Lara Goodall (South Africa) have been included in the next crop of players for a 100% Cricket Superstars squad that fans can pick from to decide on a final XI.

Jemimah joins her India teammates Smriti Mandhana and Shafali Verma as the third Indian to be included in the shortlist for the contest being conducted by the International Cricket Council.

Shafali Verma was included in the first crop for the 100% Cricket Superstars squad. Others who were part of the first crop are Sophie Ecclestone (England), Amelia Kerr (New Zealand), Hayley Matthews (West Indies) and Laura Wolvaardt (South Africa).

Smriti along with Fatima Sana (Pakistan), Ashleigh Gardner (Australia), Sophia Dunkley (England), and Gaby Lewis (Ireland) have been selected as the next lot of crop following in their footsteps.

Calling Jemimah Rodrigues India’s young batting hope, a report ICC website introducing the next crop for 100% Cricket Superstars squad said, the young Indian star has impressed one and all since her debut in 2018.

“Technically correct while having some audacious strokes in her repertoire, Jemimah Rodrigues is a shining light among India’s crop of young batters,” the report said.

The ICC website also profiled other members of the current crop.

“Since her debut in 2015, Bangladesh cricket had big hopes from Nigar Sultana and she has delivered and exceeded all of them. A wicketkeeper with brilliant ability with the bat, Sultana has enjoyed a steady rise in international cricket over the years,” it said.

The report said, “With wizardry and booming leg-breaks reminiscent of the legendary Shane Warne, Alana King is already making massive waves in international cricket. In a fledgling career, King has already produced moments of magic, leaving many batters bamboozled.”