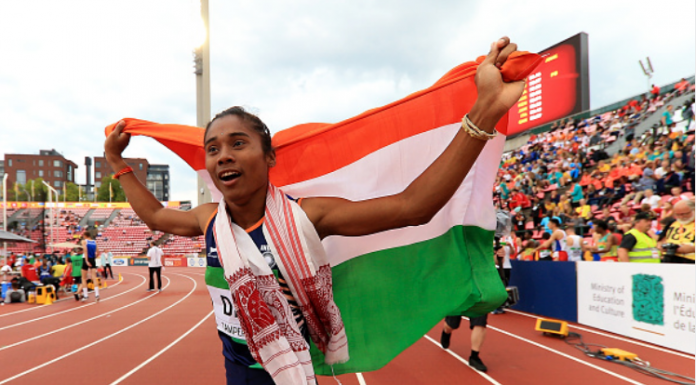 New Delhi: Ace sprinter Hima Das contributed half of her monthly salary to Assam flood relief fund on Tuesday. She also requested people to make donations for the flood-ravaged state.

Taking to Twitter and wrote, “I have contributed my bit and requesting others also to please help people of Assam. #AssamFloods.”

I have contributed my bit and requesting others also to please help people of Assam. #AssamFloods https://t.co/y7ml1EMGzG

The torrential downpour in the state of Assam continued to wreak havoc on Monday, causing the flooding on National Highway 37 and affecting 200 villages in Morigaon district alone due to the rising water levels of river Brahmaputra.

Army personnel carried the flood-affected people on their shoulders and in the army boats and moved them to a safer place on Monday night. More than a hundred National Disaster Response Force (NDRF) troops have been deployed in various flood-affected areas of the country including Bihar and Assam.