When Harmanpreet Kaur was snubbed by Punjab Govt in 2010-11 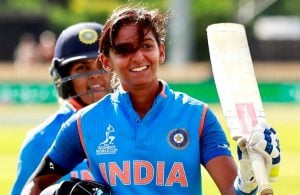 Bhubaneswar: Harmanpreet Kaur, the girl, who made India proud with her stupendous performance in WWC 2017, was denied a police job by Punjab Govt in 2010-11. “You are no Harbhajan that we would give you a job”, she was told.

She had then played for two years in the national team and was in dire need of a job. Harmanpreet later got a job in Western Railways in 2013, thanks to efforts of Sachin Tendulkar.

As she proved her mettle in this World Cup, Punjab CM Captain Amarinder Singh has now offered her a DSP job.

Don’t underestimate the power of a Woman!