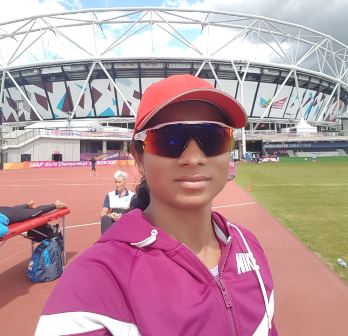 Dutee to get Biju Patnaik Award for Best Sportperson Bhubaneswar: There is good news for fans of Dutee Chand. The ace sprinter, who won accolades for the State in the recently concluded 22nd Asian Athletics championships Championship and booked a ticket for the World Athletic Championship beginning in London on August 4, will be conferred with the prestigious Biju Patnaik Sports Award for the year 2016. Along with Dutee, renowned athletics coach of the State Panchanan Gantayat and Kabaddi trainer Sanhita Das would also receive the award for their contribution to sports in the state.

Sources in the Sports department said Dutee will get the Best Sportsperson of the Year award, while Sanhita would be awarded in the the Best Trainer category. Panchanan Gantayat will get the coveted Lifetime Achievement award.

While the names of the winners of this year’s Biju Patnaik Sports Award were selected at the selection committee meet held here on Tuesday, a formal announcement in this regard would be made only after due government approval, the sources said.