Dale Steyn ruled out of the ICC Cricket World Cup 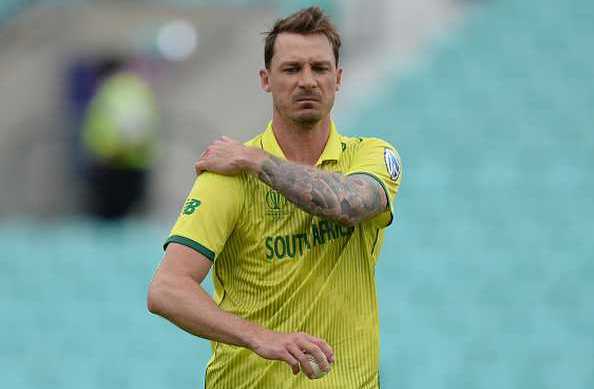 London: In a major blow, South Africa fast bowler Dale Steyn been ruled out of ICC Cricket World Cup 2019 after failing to recover from the shoulder injury.

#BreakingNews Dale Steyn out of the ICC Men’s Cricket World Cup, with Beuran Hendricks to replace him. More to follow. #CWC19 pic.twitter.com/vZLZWj6kw4

The 35-year-old pacer had already missed the first two games of the mega event against England and Bangladesh.

Why Jacques Kallis shaved exactly half of his beard &…

Steyn will be replaced by left-arm pacer Beuran Hendricks in the South Africa squad.

29-year-old Hendricks made his ODI debut against Pakistan in January this year. He has the ability to bowl with real pace, reaching 140kph at times, while also swinging the ball late.

The Proteas have started this tournament with two losses, with defeats to England and Bangladesh in their opening fixtures.