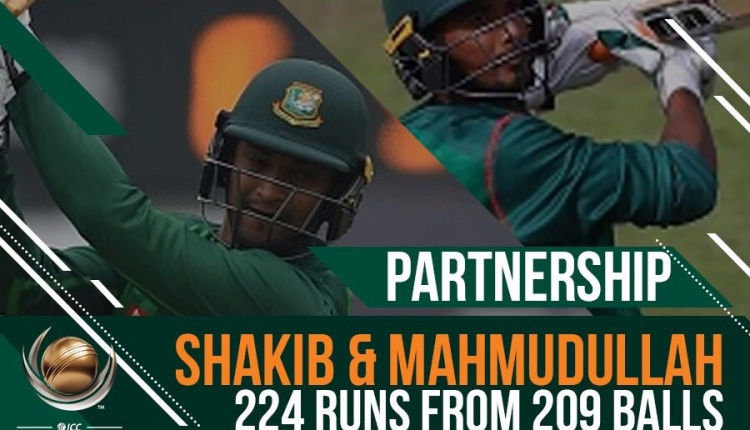 Cardiff: Bangladesh moved a step closer to a semifinal berth with a stunning five-wicket win over New Zealand in ICC Champions Trophy 2017. Still, they would need England to beat Australia.

Chasing a victory target of 266, Bangladesh lost 4 wickets for just 33 runs on board. Everyone has written them off and predicted a humiliating loss. But, Shakib al Hasan and Mahmudulah had other plans. They added 224 runs for the fifth wicket.