CSK The New Table Toppers, RCB Down At Third

RCB eventually fell to third at the end of Sunday’s round of matches after their win over SRH in the season’s first Super Over.

IPL 2022: RCB to don green jersey against SRH on Sunday

Ravindra Jadeja’s all-around brilliance helped CSK beat RCB by 69 runs in the first match on Sunday. Jadeja smashed 62 runs off 28 balls, of which 37 came off the final over of the CSK innings. He then took three wickets for 13 runs.

Later in the day, Kane Williamson’s unbeaten 66 helped SRH tie the scores and force their match against DC into Super Over. SRH batted first and managed to score seven runs, which DC chased down over the course of their Super Over. 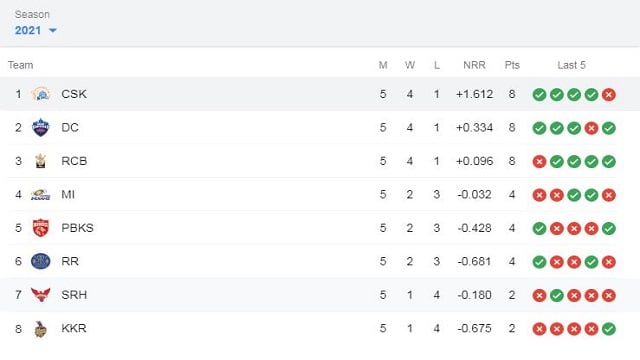