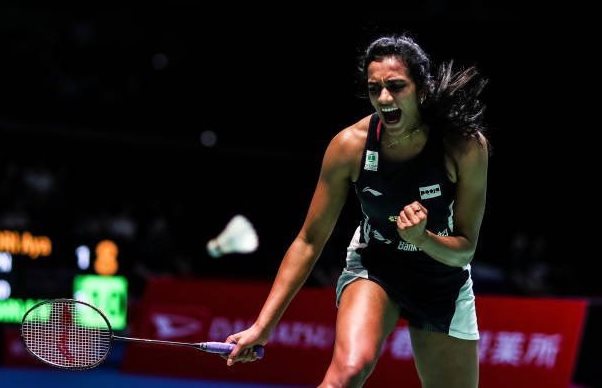 Guangzhou : Star Indian shuttler PV Sindhu scripted a consolation victory over China’s He Bingjiao in the third Group A match to end her campaign on a high at the year-ending BWF World Tour Final here on Friday.

Sindhu suffered her second consecutive defeat in her second match after losing to world No. 2 Chen Yu Fei on Thursday.

Sindhu struggled initially as Bingjiao jumped to a 18-9 lead before the Indian staged a recovery, rattling off nine straight points to draw parity at 18-18.

It was 19-19 when Sindhu gathered the remaining two points to edge past Bingjiao in the opening game.

Sindhu opened up a 7-3 lead initially and then raced to a 11-6 advantage at the interval.

The Chinese narrowed the gap to 16-18 before Sindhu won a point and from there on went on to win the tie.