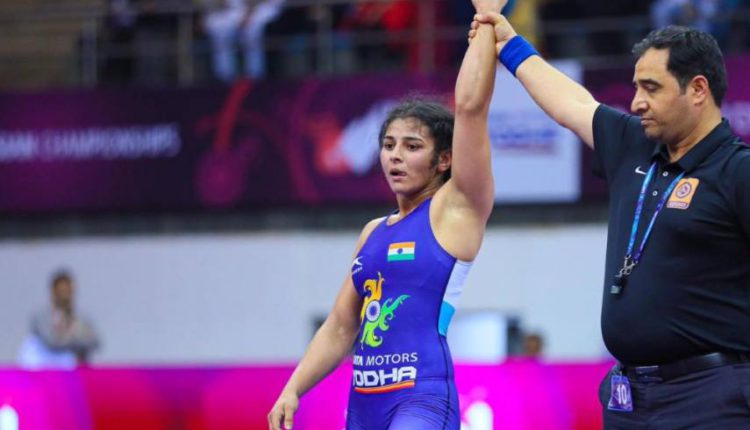 The 25-year-old Haryana wrestler made a dramatic turnaround in the closing stages of the six-minute final bout to score a thrilling 10-7 win over Mongolia’s Shoovdor Baatarjav.

Trailing 1-4 after the opening three minutes, the Indian wrestler bounced back to level the score at 7-all in the second half of the contest. With just 12 seconds to go she raced to a 10-7 lead to retain her crown.

In the Asian Championships held in February 2020 in New Delhi, Sarita had won gold while in the 2017 edition of the continental competition, she had won silver in 58kg.

India picked up their second medal, a bronze in the women’s 50 kg category, when Seema scored a thumping 10-0 win over Yung Hsun Lin of Taipei.

Seema got a good start in the competition outplaying Mongolia’s Anudari Nandintsetseg 7-3 in the second round but lost her next round match to Uzbekistan’s Jasmina Immaeva 2-3.

Since Jasmina entered the final, Seema got a chance to contest in a bronze medal match as per repechage rule.

Pooja won the third medal, a bronze in the women’s 76 kg category. She defeated Seoyeon Jeong of Korea 5-2.

Nisha too had a good start in the women’s 68 kg by scoring 8-0 win over Mongolia’s Delgermaa Enkhsaikhan but lost to Korea’s Eun Sun Jeong 2-6 in the second round.

3 More Succumb To Covid-19 In Odisha