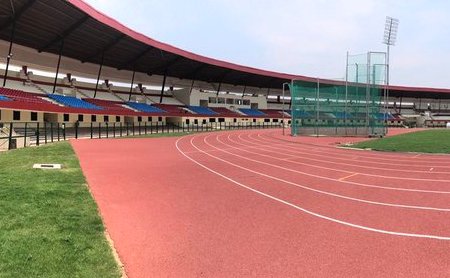 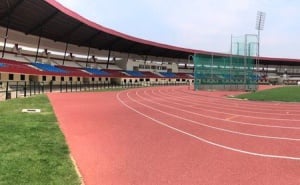 Chief Secretary Aditya Padhi emphasized on the safety, security and convenience of the Athletes and directed the CESU and electrical engineers to conduct methodical and careful safety audit of the electrical arrangements done in the stadium and ensure 100% safety.

All necessary arrangements will be made to provide high class facilities to all athletes, officials and delegation. Sports and Youth Services Secretary Vishal Dev confirmed that as many as 1,104 entries from 45 countries have registered for the event till date for the AAC 2017.

Out of them, 815 are athletes, while 281 are officials. The athletes include 505 male and 310 female athletes. Reception desks would be set up at 6 major transit Air Ports. Special reception arrangements would be made at the Bhubaneswar Airport and Railway station.

Around 1080 rooms have been reserved at major hotels and guest houses of KIIT and Mind Tree for accommodation of the guests. Two medical control rooms one at stadium and the other at capital hospital would be made functional from 1st to 11th July.

In addition, 4 private hospitals have been selected to provide medical services at the stadium and place of accommodation. The infrastructure work has reached the final stage. The total budget for the AAC 2017 event has been estimated around Rs. 30.84 Crore.

The teams form SAARC countries would arrive between 19th to 25th June, 2017. The athletes/ officials and delegates from various other countries would start arriving from 2nd July. The council meeting would be held on 4th July, followed by an Award Function on the same day.