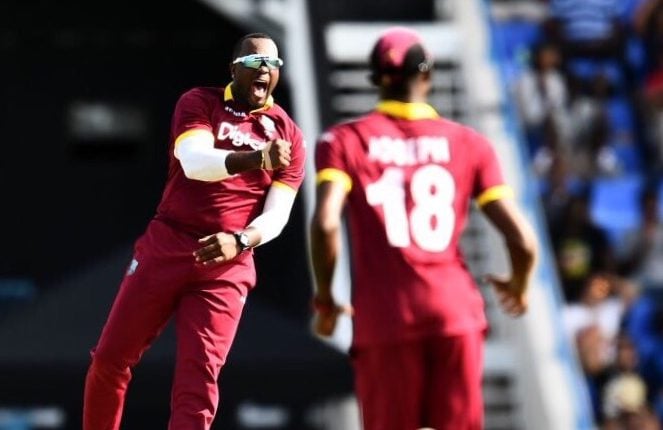 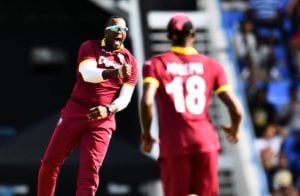 North Sound: After losing two matches in a row by huge margins, West Indies bounced back to win the 4th ODI against India by 11 runs and reduce the lead.

Earlier, West Indies won the toss and elected to bat first. Indian bowlers restricted them to 189/9 in 50 overs. Evin Lewis and Kyle Hope scored 35 each. Shai Hope (25), Roston Chase (24) and Jason Mohammed (20) were the other contributors.

Despite Dhoni’s patient knock of 54 off 114 balls, India could manage 178 in 49.4 overs and lost the match by 11 runs. Dhoni faltered and fell off the last ball of 49th over, which dashed India’s hopes.

Hardik Pandya contributed 20. Jason Holder who took 5/27, was declared ‘Man of the Match’.