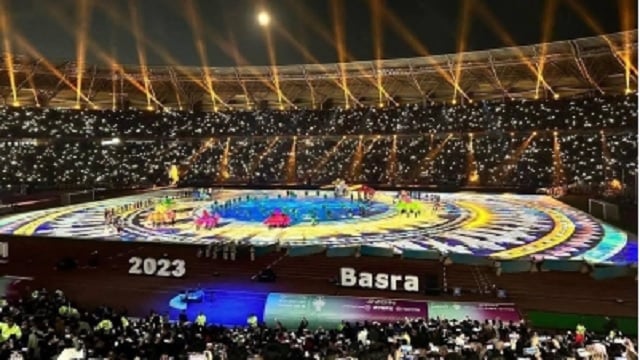 Baghdad:  The 25th Arabian Gulf Cup 2023 kicked off in the southern Iraqi city of Basra.

The opening match between Iraq and Oman ended in a draw without goals after the opening ceremony. The Iraqi national team is in Group A alongside Yemen, Saudi Arabia, and Oman, while the second group includes the soccer teams of Bahrain, Kuwait, Qatar and the United Arab Emirates.

Qatar hosted the 24th edition of the tournament in 2019, which was suspended thereafter due to the outbreak of the COVID-19 pandemic.

The tournament, founded in 1970, returned to Iraq for the first time after the Iraqi capital Baghdad hosted its 5th edition in 1979.

Iraq hopes the ongoing Gulf Cup will be an opportunity to show the country’s return to regional activities.