Cuttack: The Odisha State Open Taekwondo Championship for the year 2020 was inaugurated today at the Jawaharlal Nehru Indoor Stadium here in Odisha on Friday. The Championship is being attended by more than 1000 players including boys and girls from across the state.

Interestingly, for the first time, Electronic Scoring Sensor is being implemented in the event. 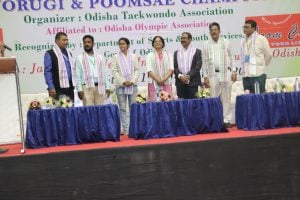 Medal winning players and coaches of International and National repute who achieved success during the year 2019 will be felicitated by the guests during the closing ceremony on 19th January at 6pm.

The tournament is being hosted by the Odisha Taekwondo Association which is affiliated to Odisha Olympic Association and recognized by Sports and Youth Services Department, Govt.of Odisha.