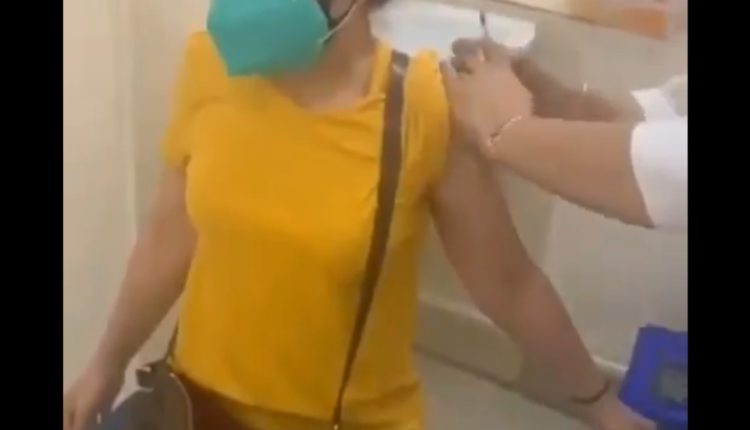 Many of us still get petrified at the thought of getting an injection. As the government has rolled out the third phase of COVID-19 vaccination letting people above the age of 18 get inoculated, a video of a woman getting scared of the jab has surfaced on social media and gone viral.

The woman has been identified as Sukriti Talwar, who is wearing a face mask and getting petrified of taking the first jab. She is seen jumping from the seat, requesting the nurse to give her a minute before the jab. When asked sternly by the nurse to sit silently and get done with the procedure, she asks if she can say “mummy” while getting the shot.

The 45-second video which has gone viral and triggered hilarious reactions among netizens.

This Cafe Will Give You Free Coffee If Vaccinated

Nurse From MP Battles Covid-19 With One Lung, Recovers In 14…

It has been viewed more than 3.7 million times. While most netizens were left in splits after watching the videoand some others found it relatable.