In a video that has now gone viral, a woman can be seen doing perfect backflips in her wedding dress.

In today’s viral video, a bride has amazed the Internet by doing perfect backflips in her wedding dress. The now-viral video was shared on Instagram by user Cade Sutton.

In the short clip, a woman in a white wedding gown can be seen getting ready to do backflips. Albeit wearing the heavy and puffy attire, the bride aced the backflips at her wedding. The whole crowd behind her cheered loudly as they were awestruck by the how effortlessly she nailed the somersault.

The text in the clip read, “No way she did a backflip in her wedding dress” and the caption of the post read, “Legendary.”

So far, the video has garnered more than 10 million views and tons of comments. Netzens were mindblown and praised the woman’s skills in the comment section.

One person wrote, “The groom is literally the happiest man on Earth rn” and another comment read, “The entire wedding loses its collective shit lol.” 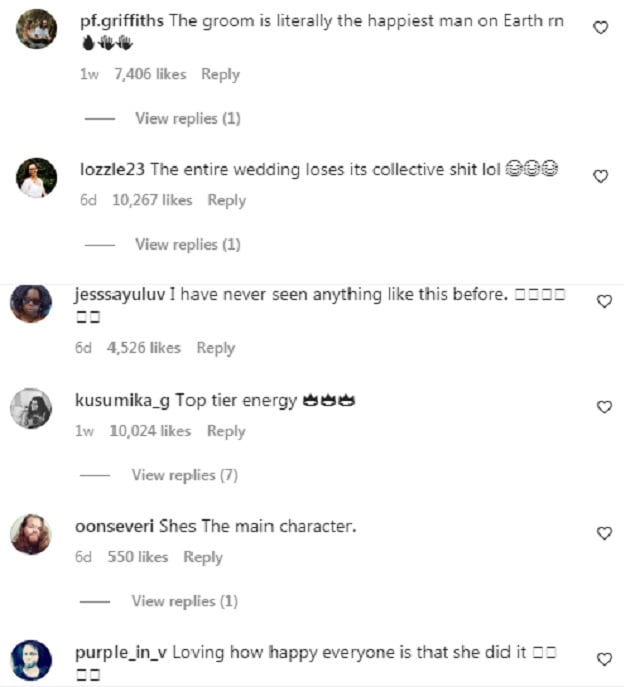