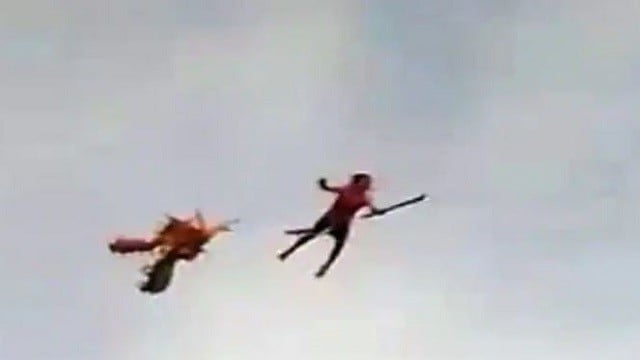 Many videos of kite flying are viral. But you have hardly seen such a video in which a boy has reached the air with a kite. This video is such that one will not believe the eyes at first.

The video is from Indonesia. Here a 12-year-old boy was trying to fly a kite ‘dragon kite’, almost three times larger than his size. As soon as the kite started flying, he caught the kite and hanged from the flying kite. Seeing it reached the kite in the air.

When the kite grew higher and higher in the sky, its condition started deteriorating. Due to fear, the boy lost his balance and fell below a height of 30 feet. The boy sustained severe injuries on different parts of his body.

Now the video of this child is becoming very viral on social media.

The incident reportedly took place during the Nantelio Kite Festival at a school in Pringsewu Regency Lampung, Lampung, Indonesia, in the first week of this month.