The Internet is filled with funny content, some include animals, and some are filled with antics by humans. One such video of a pigeon chilling on an airplane wing has surfaced online. However, what happened next is too funny to watch.

A passenger sitting inside the plane was amused by the pigeon resting on the airfoil and decided to capture the moment on camera. However little did they know that they would get to see a hilarious ending to the bird’s good time.

Shared on YouTube by ViralHog, the amusing video shows the pigeon sitting nonchalantly on the wing of an airplane. Further in the clip, when the plane starts to take off, its pace increases, and the bird who is unaware of the mechanics of the airplane, can be seen quietly slipping away from sight.

“While waiting for his plane to take off, Fernando noticed a pigeon standing on the wing of the plane. He then decided to record,” read the caption.

So far, the clip has garnered more than 7.15 million views and tons of comments. The video is simple and yet so funny as not only the pigeon but also the viewers did not expect what was coming. While some couldn’t stop laughing at the pigeon’s indifference, others were concerned if the bird got off safely.

One person wrote, “Pigeon: let me talk to your manager!” and another comment read, “Just when you think life is going right.”

Here’s how others reacted: 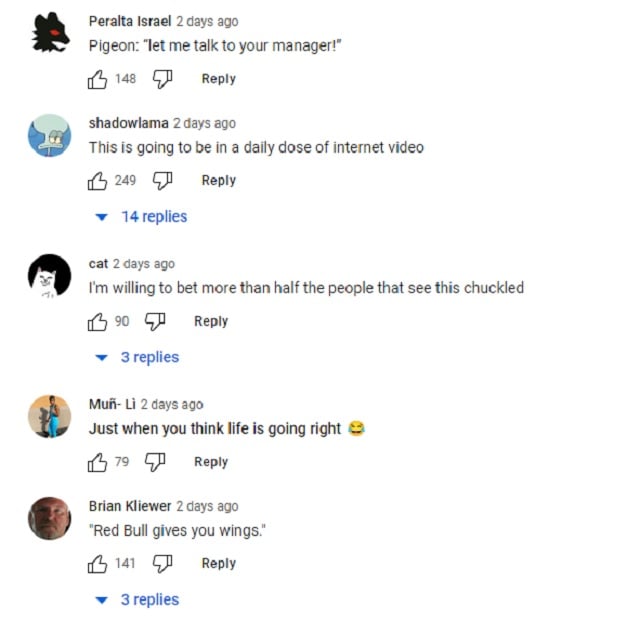 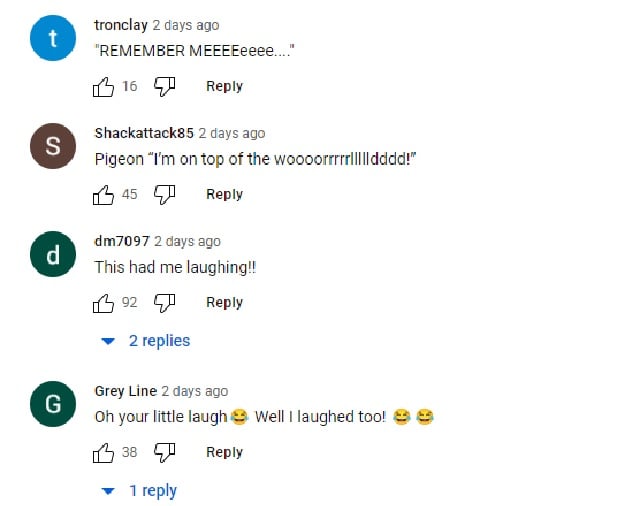