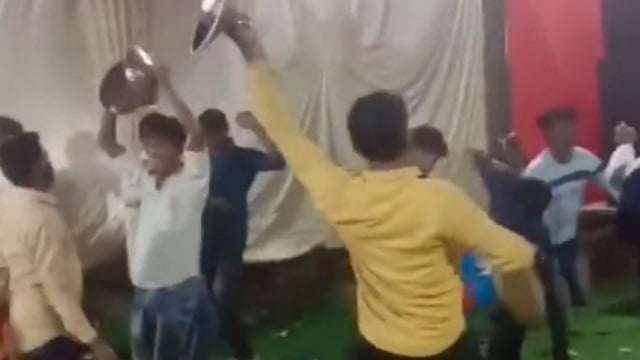 Many Indians associate desi weddings with extensive decorations, colourful dresses, rituals, and uninterrupted dance. In light of it, a recent video in which a group of men can be seen dancing, bashing chairs and empty vessels at a wedding reception has gone viral.

The clip showcases some men having a great time in the banquet area. They can be seen dancing to an electric music while beating on empty tables and chairs.

So far, the post has garnered more than 15k views and tons of comments. Impressed by how the men were enjoying and having a good time together, netizens flocked to the comment sections with their funny reactions.

One user wrote,” After drinking boys dance to the sound of the generator.” Another commented, “Vibe hi alag hai.”

Here’s how others commented: