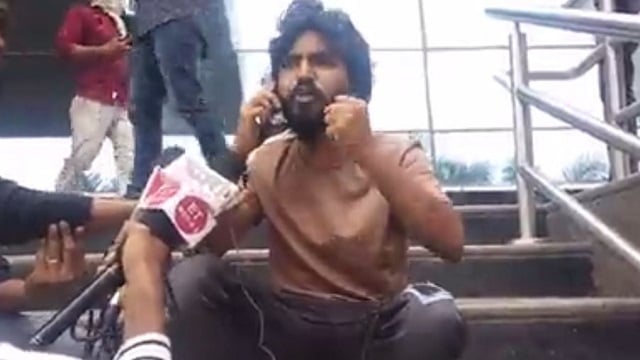 You might have seen the reactions of the fans appreciating their favourite actors after watching their films. Some diehard fans even try their best to watch the first show of the movie. However, the video of a youth is now going viral on social medial platforms.

In the 53-long video, the youth is seen getting frustrated and trying to bite off the phone and also bangs it on the floor several times.

What was interesting was that he did all these in front of the camera when the reporters were taking his reaction over the movie.

The movie -‘Love Story’- was released yesterday. Naga Chaitanya and Sai Pallavi are playing the lead roles. The film has so far received mixed reviews.