This Elderly woman watches Marvel movies for a sweet reason, find out more in viral video

Marvel has dominated the world with its action movies and legendary superheroes. Today’s generation is in love with comics, films, and TV series and the entertainment it brings. Kids absolutely idolize the heroes. In light of it, a grandmother watching Marvel movies has surprised fans and filled them with excitement. However, the reason for her action will make you smile from ear to ear.

In a video that has gone viral, an elderly woman can be seen watching the films and simultaneously taking notes. Shared on Instagram by LADBible, the short clip has garnered more than four million views.

The insert in the video defines the reason for her step as it reads, “Gran takes notes watching Marvel movies so she can talk to her grandchildren about them.”

“We as a whole collective must protect her,” reads the caption of the post.

Her sweet reason has been highly appreciated by Marvel fans. “Protect her at all costs!!!” wrote one and another comment read, “Her descent into the world of nerd has begun…”

Here are some other reactions: 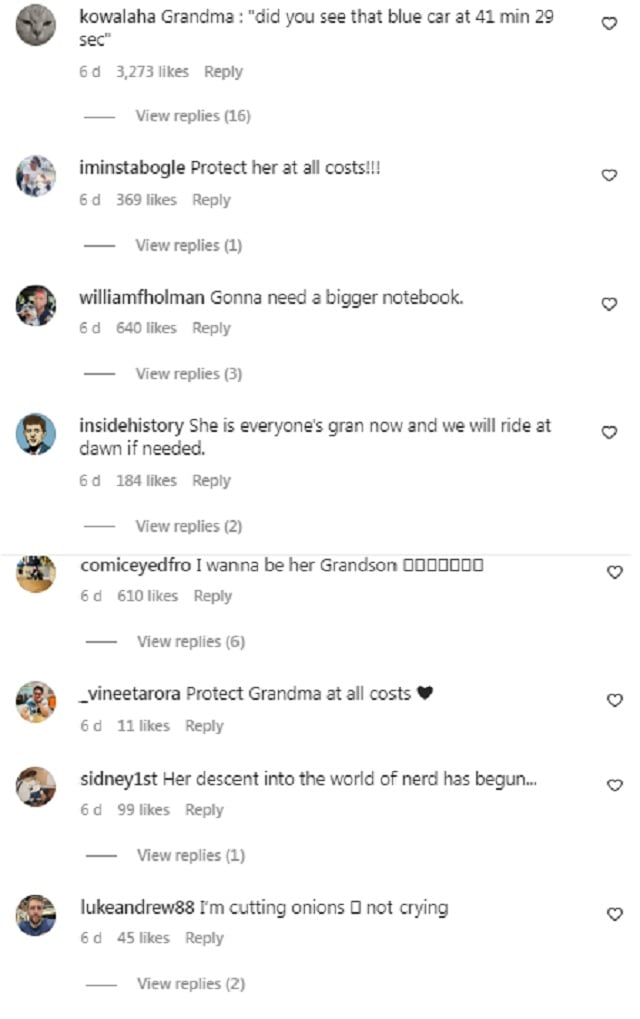