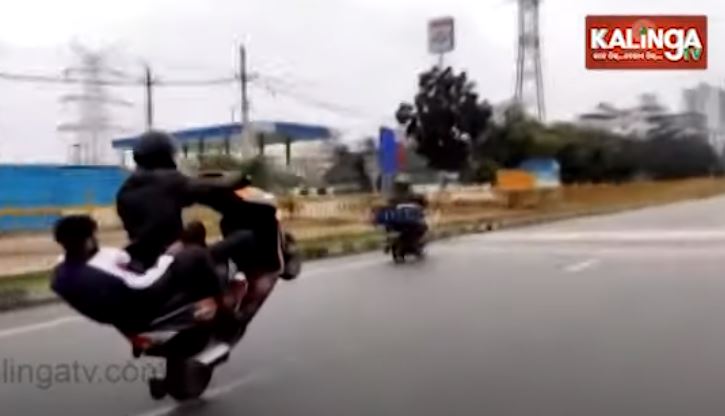 A few youths were recently seen performing vehicle stunt on road in Bengaluru. At least six youngsters were spotted performing dangerous stunts on their scooters without any safety gears.

As per reports, a case has been registered at KR Puram Police Station in this matter.

As we can see in the video road safety rules and regulations have clearly been violated by the group of youths. The road seems to be a public road where other commuters are also seen riding their vehicles. Even the youths have not worn any helmet and other safety gears, which can keep them safe if they would meet some accident. They are also putting other peoples’ life in danger who are present on the road.

It is to be noted that earlier also youths have seen performing such vehicle stunts on road which turned fatal for them. They met with accidents.