Passenger bus comes across wild elephant, watch what happens next 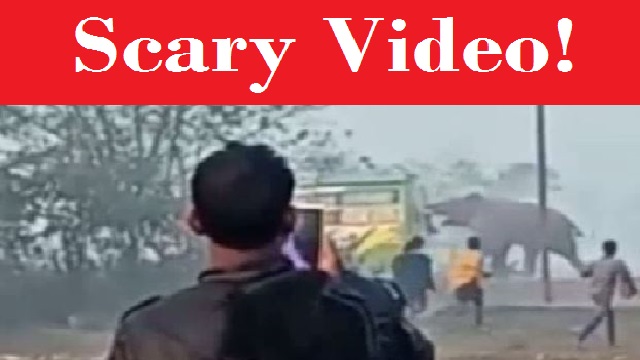 Wild elephants have been wreaking havoc in different places of Odisha. In the process, a scary video of an elephant has now come to the fore. The video has been captured in Odisha’s Balasore district.

In the video, which has gone viral on different social media platforms, it can be seen that a wild elephant is pushing a passenger bus from behind at Tikarpada under Rasgovindpur forest range.

According to sources, a private bus named ‘Tarini’ was on its way towards Rasgovindpur from Olamara village in Balasore district. On the way, the bus came across a wild elephant that chased the bus and pushed it from behind with its trunk to some distance.

The moment was so scary that every passenger present on the bus cried loudly for help. Though all the travellers were safe, it is said that the backside glass of the bus was broken by the elephant.

The scary video was filmed by several locals and posted on the internet.