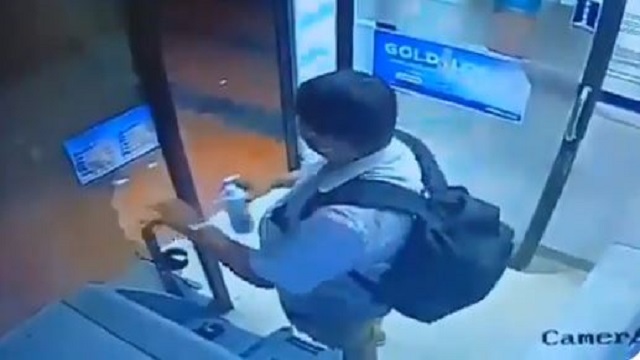 Hand sanitizer use has increased significantly since the Corona epidemic. Now, from restaurants to offices and ATMs, you will find large bottles of sanitizer so that people can use it to protect themselves from corona infection.

However, a man is seen stealing sanitizer after withdrawing money from an ATM in Kozhikode of Kerala. It went viral on social media after IPS officer Dipanshu Kabra shared on Twitter on Friday. In the caption, he wrote, ‘There are millions of ATMs in the country. To save the sanitizer from these fools, if you have to put a cage of 200-300 rupees in every ATM, then hundreds of crores of rupees will be spent in it. By your decent behavior, these money would be saved and it would be in your well being… well… we will not improve.’

In the video, the mas cleans hands with the hand sanitizer present in the ATM. He then removes the card from his purse and attaches it to the machine. Meanwhile, he watches CCTV and sanitizer bottle. After withdrawing the money, the person puts the sanitizer bottle in his bag and leaves from there.