South Korean YouTuber, Park Hyojeong, who was harassed on the streets of Mumbai earlier this week, recently shared pics with her saviours.

Korean YouTuber and Twitch streamer Park Hyojeong, who goes by the handle ‘Mhyochi,’ was harassed by two men on the streets of Mumbai earlier this week. She recorded the entire incident on her camera, as she was live streaming then. However, she was then saved by two other men, Aditya and Atharva, who helped her get to safety.

Hyojeong took to her Instagram story on Friday to share pictures from her lunch with the two men who saved her from harassers.

The insert in the picture read, “Lunch with two Indian gentlemen who help me to post the video and save me on the street. Aditya and Atharva.” 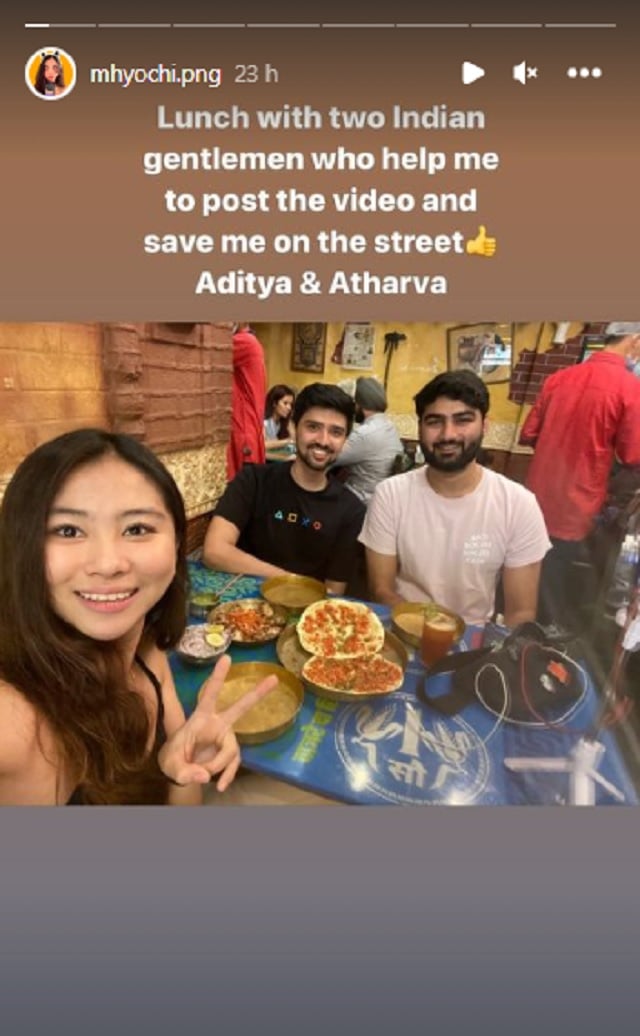 The two gentlemen came to Hyojeong’s defense after Mobeen Chand Mohammad Shaikh and Mohammad Naqeeb Sadrealam Ansari harassed her on a street in Mumbai’s Khar West.

On December 1, Mumbai Police arrested the two accused for allegedly molesting a Korean woman. They have been booked under the IPC 354 by Khar Police.

Mhyochi is currently on her trip to India and regularly streams her journey on her Twitch channel. Albeit the incident, the 24-year-old influencer calls her experience in India ‘good’ and ‘memorable.’