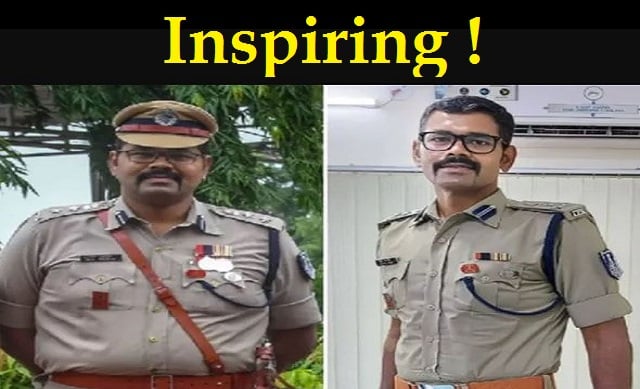 IPS officer Vivek Raj Singh Kukrela showed the truth. He lost his weight and showed that there is nothing impossible in this world. Let us tell you his inspiring story today.

The IPS officer has given all the information about the fitness journey on his Facebook page. He told that when he was in class 8th, he weighed 88 kg, and when he joined the National Police Academy (NPA), his weight was 134 kg.

So far, he has lost 43 kg through diet and walking as a reason his body is in better shape.

People believe that the habit of overeating is the reason behind weight gain. However, the IPS officer says, ‘I am foodie; I used to eat a lot. Food should not be wasted.’ This used to be my motto.

While writing his sacksful journey of weight loss on Facebook, Kukrela said, “Being FAT from childhood being chubly became normal and being Cute to me. Weighing 88 kg in class 8th made me not to weigh myself again until I joined National Police Academy for training. Where I reported at weight of 134 Kg. 46 week of rigorous training of NPA made me Pass out with weight of 104 Kg. Which was big achievement for me.”

“During earlier days of service, serving in difficult Naxal areas of Bihar made me gain weight again and I reached up to 138 Kg. Basically, I am foodie and I used to eat a lot . “Khana fikna nahi chahiye” have been always my motto, eating without application of mind and eating even when I was full awere the culprit for weight gain,” he added.

“I reduced some 8-9 Kg and maintained 130 almost for 9 years. All of a sudden during one of my official Assignment I started walking and one walking app Step Set Go which I am using became catalyst for more walk,” he further wrote.

Moreover, the IPS Officer said, “Last few months a started quantified diet which is helping me toning my body better and giving better shape. I have reduced till now 43 kg and I just want to maintain with better body shape. Facebook group FITTR helped me a lot in understanding nutrition and it’s important which is helping me toning body better. I was essential hypertensive due to weight and I required to take medicine for controlling my BP, now my BP is normal and as added advantage my Resting pulse rate is 40 BPM.”

Next Generation Kia Sportage Teased, Check The Revised Updates of The SUV

Titlagarh Continues To Be Hottest Place In Odisha