Most people go through immense struggle to save a few extra bucks for their family and beloved ones. Especially those working abroad, compromise on their desires to fulfill the needs of their family.

His plight was first posted on Facebook by his friend Apit Lid and since then it has gone viral. Apit posted a caption along with the picture. The caption said that, his friend is a hard-working man and gets a decent salary for his job as a security guard. However, he opts to eats ripe water gravy along with chopped onions and garlics. It is so because he sends a major chunk of his salary to his family in village. If he spends less, he can save more for his family, told the security guard to Apit. 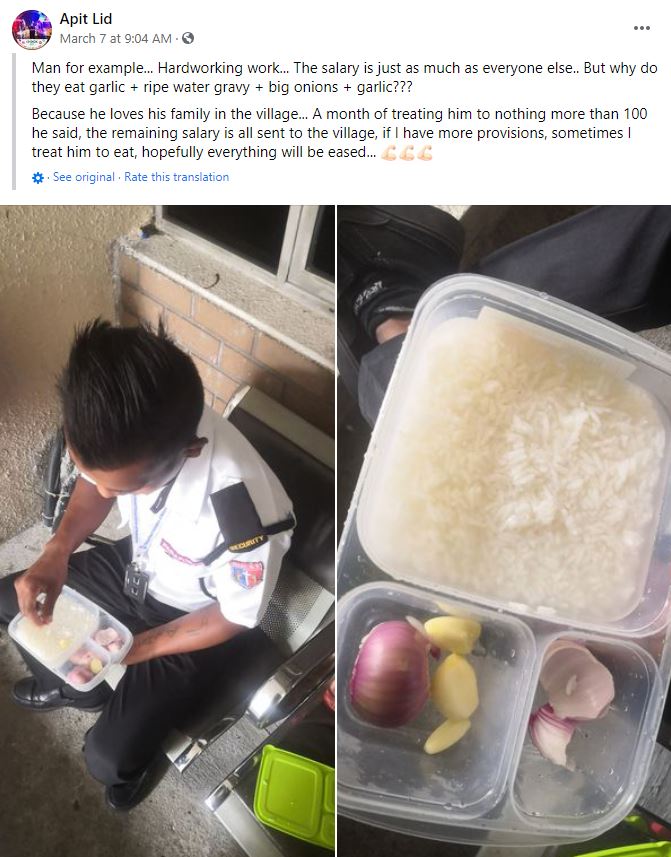 Shocking! Woman in Florida finds $1 billion in her bank…

This US-based company pays Rs 30K for a simple job in India,…

Donald Trump’s lookalike is a kulfi vendor from…

The FB post has now gone viral with around 6,000 shares. Support poured in for the security guard after the post went viral. Many social media users wished the best for him and his family.

Several social media users were touched and  inspired by him.