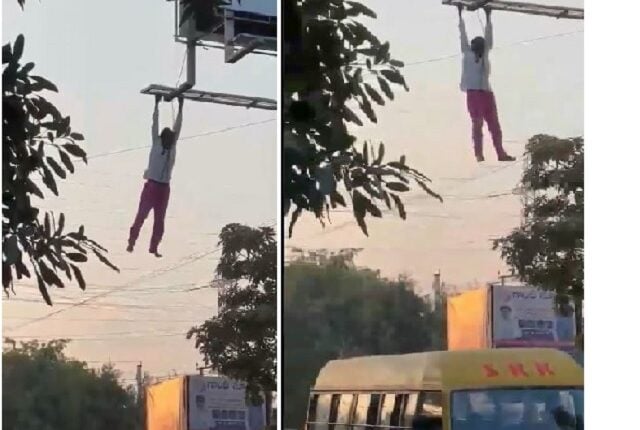 The video of a drunken man hanging from a Billboard frame has gone viral lately. The video is said to be from Telangana. The incident jammed the traffic for a while for which commuters faced problem for movement. Reportedly, a case has been lodged against the said drunken man.

The video shows that a man is hanging from the billboard frame while the gathered people are trying to bring him down safely.

After some time a bus was stationed right below where he was hanging. The incident appears to have taken place on a busy Siddipet road.

Posted by a Twitter user named Maruthi the post has gone viral earning a good number of likes.

This is the Situation in #Siddipet