Raja approached an astrologer to find remedy for his disturbing dreams. While worshiping the snake, it bit his tongue. 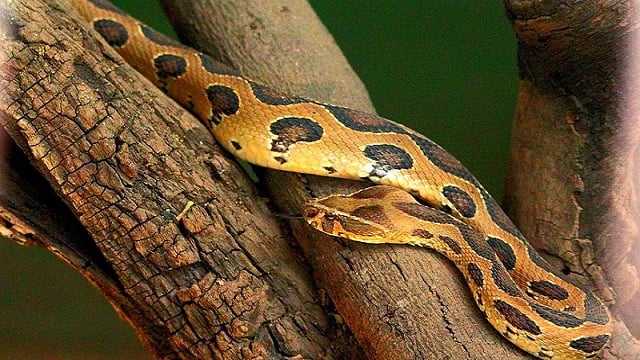 Erode: In an extremely weird incident, a man was bit on his tongue by a snake, following which his tongue was cut off.

The incident happened in Gobichettipalayam in Erode district. The man, called Raja, was disturbed by the dreams he had been having about getting bitten by a snake since the last few days. To find a remedy, he approached an astrologer. The astrologer advised him to perform puja at a snake temple and directed him to one as well.

After performing the worship, the priest advised him to mimic the snake’s tongue-flickering motion. Raja proceeded to do this thrice before the venomous reptile and the snake proceeded to promptly bit his tongue. As he lay on the floor writhing in pain, the priest made a deep incision on his tongue, possibly to stop the poison from spreading. This caused more pain, intense bleeding, and swelling.

Raja was however admitted into Manian Medical Centre within 20 minutes of being bitten by the snake. His tongue was amputated by the doctors.  A team led by Chief Doctor S. Senthilkumaran operated on him. He stated that there was lasting damage to his tongue tissues due to the snake’s venom and had to be amputated. He further said that they had to struggle for four days to save his life even after amputating the tongue.

He also said that Raja had to go through extensive surgeries to restore function and movement in his tongue. He was also able to speak normally. The doctor cautioned against such risky practices and emphasised on the need to educate people.