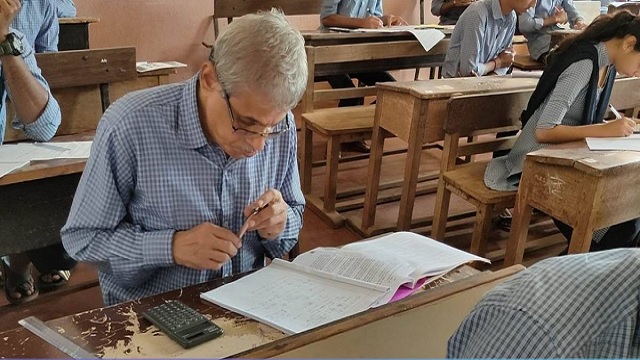 A seventy-year-old man from Sirsi in Uttara Kannada district has created history with his newest achievement and his story is an inspiration to today’s youth.

Narayan Bhat, a retiree, has become the state topper in the Karnataka civil engineering diploma examination by securing 94.88 percent. Now, he is all set to appear at the RN Shetty Polytechnic College graduation ceremony on November 2.

Reportedly, Bhat completed his mechanical engineering diploma in 1970 and has worked in different firms in Karnataka and Gujarat.

In his career, Bhat has handled the responsibilities of both the mechanical and civil departments. He has also learned techniques in the civil engineering department.

Father quits high-paying job to spend time with his newborn…

In 2019, the retiree enrolled himself in RNS Polytechnic College under the special category. He studied hard and topped all his semester exams in college.

While talking about his decision to pursue his higher education at this age, Bhat said that despite being qualified, he had to face demotivating situations in life. He was also forced to wait for hours for a single signature. This frustration pushed him to challenge himself into completing graduation.

Reportedly, when Bhatt was 67 years old, he called up his two daughters and told them about his decision to return to college. One of his daughters is a software engineer in Ireland and the other is a scientist in the US. He said in his interviews with various portals that both his daughters were happy about his decision as they thought this will keep Bhat occupied. They also told him that whether he complete the course or not, at least his health would remain fine.

Bhat also said that he expected to get around 70 percent marks. However, he secured 90.30 percent and set it as a benchmark for the rest of the semesters. He secured 94.88 percent in the last semester to win the gold medal.

Pop band Vengaboys arrive in Mumbai, all set for their concert

Benefits of Swimming: Helps with arthritis, healthy pregnancy, and more