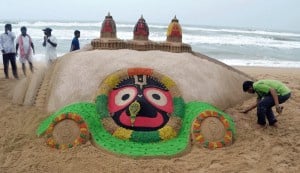 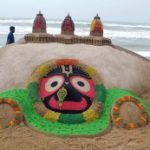 “Beach tourism in Odisha is still in its infancy. We are yet to exploit the tourism potential,” Benjamin Simon, the president of the Travel and Tour Operators’ Association of Odisha, told. The industry and the government would need to organise a huge marketing effort, including cultural and water sporting activities, to attract tourists, he said.

The state is blessed with a 480-km coastal line dotted with golden sandy beaches. It also has virgin or relatively unexplored beaches. Except for Puri, Konark-Chandrabhaga and Gopalpur, most other beach destinations remain untapped or under-tapped with respect to their tourism potential, Simon said.

“It’s these destinations that need to be provided with infrastructure and publicity in national and international tourism fairs and events to attract tourists,” he said.

“The Shamuka tourism project, for instance, will come up on 3000 acres of land. The project is being developed near Sipasarubali, about 10 km south of Puri, on public-private partnership (PPP) mode,” Tourism Director N.B. Jawale told.

The project would take advantage of the existing potential of the Puri town and peripheral tourist locations like Chilka, Satapada and Raghurajpur, he said. Talsari beach is being developed as part of Udaypur-Talasari-Chandanwswar-Bichitrapur-Bhusandeswar tourism circuit, he said. The initial investment for infrastructure development of the circuit has been estimated at Rs.4302 crore.

“We are encouraging the private hoteliers to set up their hotels there. The government would facilitate providing land to them,” he said.

The state government has come out with a tourism policy 2013 that provides incentives to investments in tourism projects. (IANS)