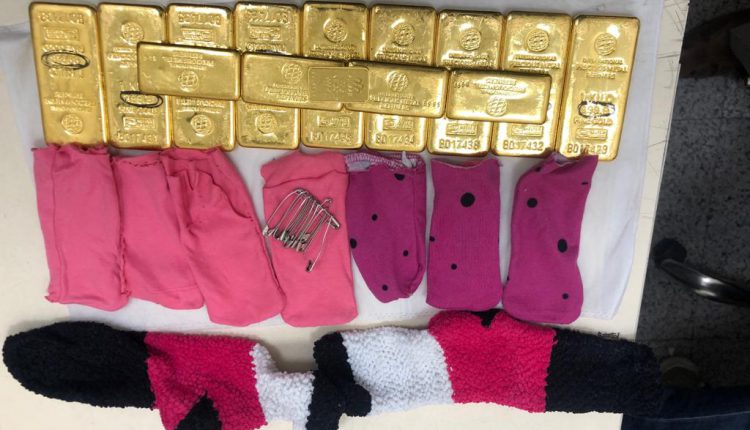 Based on specific intelligence, officers of DRI Hyderabad intercepted a lady passenger coming from Dubai in the early morning of Tuesday at the exit gate of the airport. The officers recovered 11.1 kg of foreign marked smuggled gold worth Rs 3.63 crore concealed in seven specially made cloth pockets and socks along with foreign currency of Singapore dollars and UAE dirhams worth Rs 4.25 lakh.

Later the DRI officials searched a room of a five star hotel where the lady was staying for the past three months and recovered sale proceeds of smuggled gold in the form of foreign currency of US dollars and Saudi Riyals worth Rs 1.5 crore.

The smuggled gold and the foreign currency being the sale proceeds of smuggled gold have been seized under the Customs Act 1962. “The woman has been arrested and further investigation is under progress,” said a DRI official.