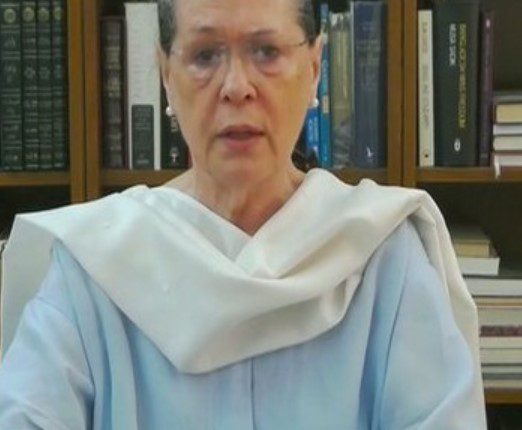 In the recently concluded assembly elections, results of which were declared on May 2, the Congress could not register win in any state, and its only consolation was in Tamil Nadu where the party contested along with DMK as its partner, and managed to win 18 seats.

Addressing the party MPs on Friday during a virtual meeting, she said: “Most unfortunately, our own performance in all the states was very disappointing and if I may say, unexpectedly so. The CWC is meeting shortly to review the results but it goes without saying that we as a party collective must draw the appropriate lessons from this setback in a spirit of humility and honesty.”

The Congress had on May 2 had said that the party will “study” the results, correct mistakes and do a course correction.

Congress spokesperson Randeep Surjewala read out a statement on the same day, and said: “The Congress will definitely study the results and all the reasons diligently and we are committed to correct our mistakes and do appropriate course correction.”

“We recognize that the election results are not as per our expectations, particularly those of Assam and Kerala,” he added.

Surjewala said the people’s mandate is the final word in a democracy. “People of West Bengal, Assam, Kerala, Tamil Nadu and Puducherry have given their democratic mandate for the next five years. We accept the verdict with humility and a sense of responsibility.”