The State Public Health Department has already sent a letter to the Union Health Ministry for mandatorily testing international passengers arriving from China and Hong Kong. 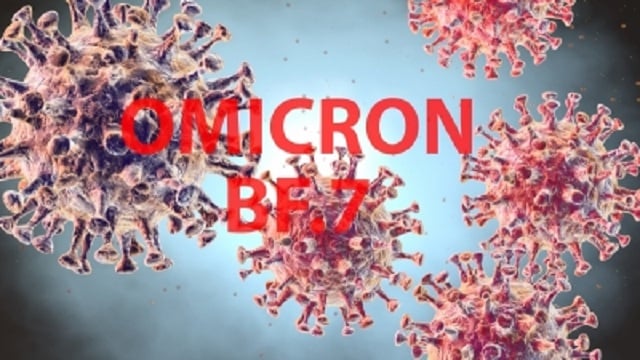 Chennai: The Tamil Nadu health department has issued an alert to all the District Medical Officers (DMOs) against the reported Omicron variant BF.7 and the increase in the number of Covid positive cases in several countries.

The State Public Health Department has already sent a letter to the Union Health Ministry for mandatorily testing international passengers arriving from China and Hong Kong.

The director of the State Public Health Department, Dr. Selvavinayagam in a letter addressed to the Union Health ministry stated that the checking of passengers arriving from China and Hong Kong was mandatory as there is a surge of Covid-19 in those countries.

The state Public health secretary in the letter also mentioned about the 480 deaths reported in China as found in public domains and the 1.48 lakh cases of Covid-19 reported in that country in the past week.

The Union government had lifted the random testing of 2 per cent of international passengers arriving at Indian airports as the Covid-19 cases have come down drastically.

The state health department has in its letter to the District Medical Officers stated to be alert on the development and to report on fresh cases and to mandatorily check the samples of the variant present in the patients.

Dr G. Manonmani, a virologist at a prominent Medical college of Tamil Nadu while speaking to IANS said: “The possibility of a major surge in Tamil Nadu is much less and we don’t expect a surge like what happened in earlier days. The state has vaccinated around 97 per cent of the population with the first dose and 92 per cent with the second dose and this has helped society achieve hybrid immunity. Anyway, we should not let down our guards and masking is compulsory as there is nothing wrong in putting a face mask over the face.”

The state health department has also informed the police and revenue department on the new variant of Omicron and on the gravity of the surge if any happens.

However, most of the doctors said that there won’t be a major surge due to this variety of Omicron in the days to come but also said that the guard should not be let down.

EPFO alert! Both existing and new EPF members to get these benefits under EPS’95