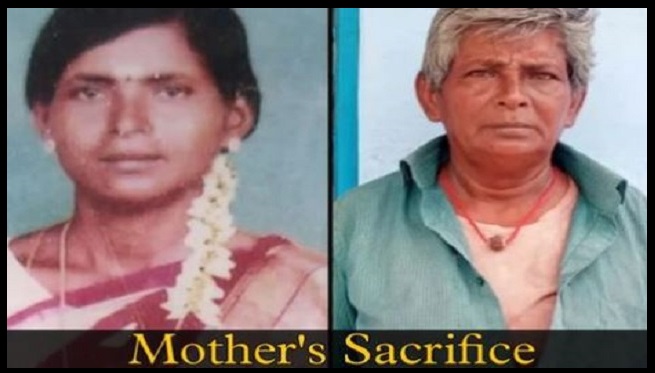 Pechiyammal: A mother from Tamil Nadu’s Thoothukudi district, Pechiyammal disguised herself as a man for 3 decades to raise her daughter singlehandedly in this cruel world.

Pechiyammal at the age of 20 lost her husband just after 15 days after their wedding. Her family members asked her to remarry as she was pregnant, but she refused.

Later she was blessed with a baby girl, Pechiyammal.

She was harassed at workplaces because she was a woman and started working to take care of her daughter, so she decided to change her identity in hopes of avoiding the pestering of males. She chopped off her hair and started wearing a lungi, shirt to look like a man.

Even her AADHAR Card, Voter ID and Bank accounts were under another name.

Pechiyammal from Katunayakkanpatti became ‘Muthu’, this is what we call the ‘sacrifice of a mother’.