Tamil Nadu school education department has declared a holiday for schools and colleges in Chennai and five other districts on Friday and Saturday. 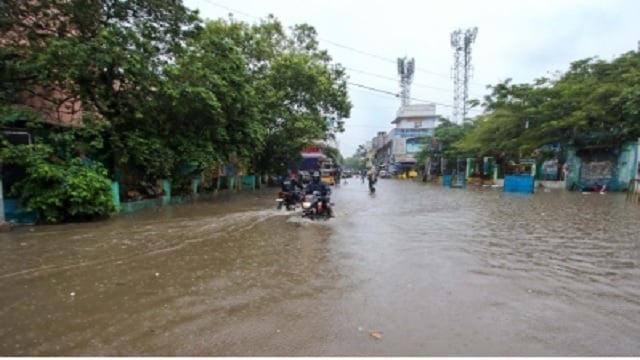 Chennai:  The Tamil Nadu school education department has declared a holiday for schools and colleges in Chennai and five other districts on Friday and Saturday following heavy rain forecast.

Holidays have been declared for educational institutions in Tiruvallur, Kancheepuram, Chengalpattu, Vellore, and Ranipet districts after the IMD forecast of heavy rains.

The weather department has also issued a red alert for Ranipet, Tiruvallur, and Kancheepuram districts for November 11. A Red alert was issued in Dindigul, Theni, and The Nilgiris districts on November 12. This is following a low-pressure area over the Bay of Bengal during the next 24 hours.

In a related development, several suburbs of Chennai including Iyyappanthangal, Porur and Mangad are inundated with water following the release of water from Chembarambakkam lake.

Officials of Kancheepuram district said that as more rains are expected, pumping could not be done to drain out water and that water would drain out eventually.

Activists and social workers said that this was a routine affair when rain hits the district. R. Balakrishnan, activist and social worker at Porur while speaking to IANS said: “This is becoming routine and if canals connecting the Porur lake were widened but nothing has happened even after many requests and petitions were submitted.”