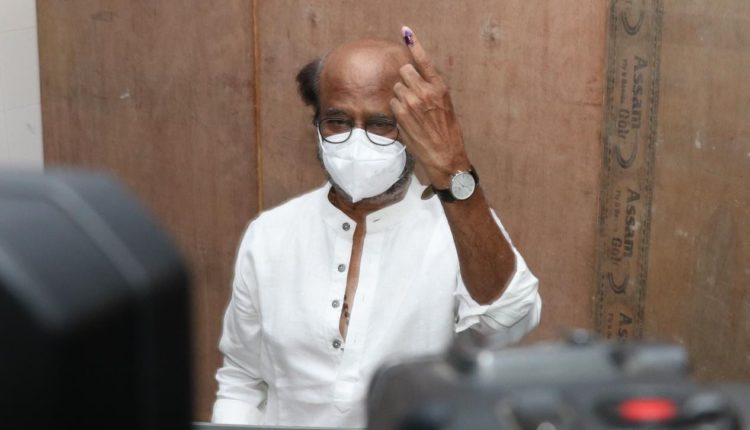 Chennai:  Setting an example for the people, several movie stars, including Rajinikanth and actor-politician Kamaal Haasan, voted early on Tuesday soon after the voting started at 7 a.m.

Actor Rajnikanth cast his vote at a polling booth in Stella Maris of Thousand Lights Constituency. The superstar did not speak to the media after he cast his vote, choosing not to endorse any political party.

Kamal Haasan has floated the MNM party and he along with his daughters arrived to cast his vote at the Chennai High School, Teynampet in the Tamil Nadu Assembly Election.

Star couple Ajit Kumar and Shalini also exercised their democratic right by voting at a polling booth here. Wearing masks, they reached their polling booth about 20 minutes before the start of polling to vote early and reach home while avoiding the fan crowd.

Ajit Kumar never fails to vote in any election. In the past polls, he was seen standing in the queue to cast his vote.

Prithvi Shaw Can Be A Superstar: Ricky Ponting