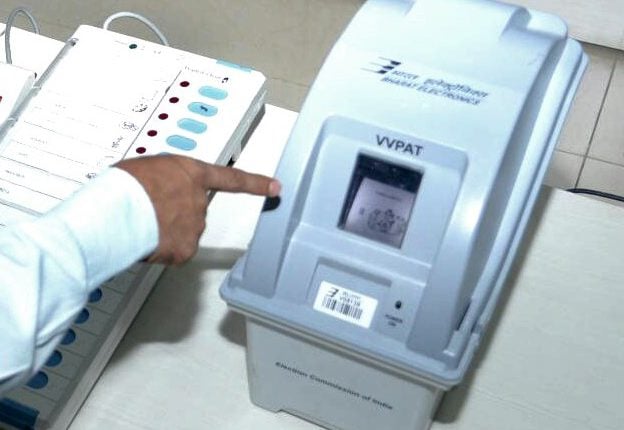 New Delhi : The Supreme Court on Tuesday dismissed a PIL filed by a Chennai-based ‘Tech for All’ seeking 100 per cent matching of Voter Verifiable Paper Audit Trail (VVPAT) slips with Electronic Voting Machines (EVMs) during the counting of votes for Lok Sabha elections on May 23.

A vacation bench, headed by Justice Arun Mishra, refused to entertain the plea saying that a larger bench headed by Chief Justice Ranjan Gogoi had already dealt with the matter and passed an order.

The bench said, it cannot override the Chief Justice’s order.

Supreme Court live streams proceedings for the 1st time ever

“We cannot override the CJI’s order… This is nonsense. The petition is taken on board. Dismissed,” Justice Mishra said.

The PIL had cited the recent allegations of changing the EVMs even as the Election Commission of India is strongly denying them.

Earlier this month, the apex court had, dismissed a review plea filed by 21 Opposition leaders seeking that random physical verification of EVM using VVPAT to be increased to 50 per cent.

One dies and 20 others injured in road mishap in Ganjam