Smruti Irani in close contest with Rahul Gandhi in Amethi 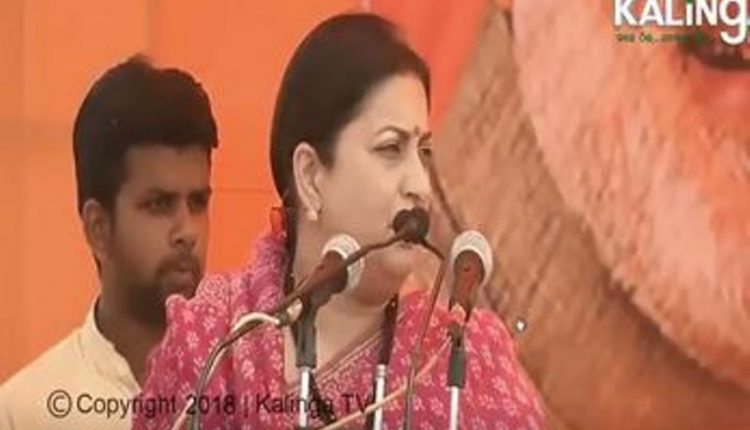 As per the latest figures, the former actor was leading Rahul Gandhi with a margin of 2000 votes till 11 am. However, the Gandhi scion later took over her in the race.

However, Rahul, who is also contesting from Wayanad in Kerala witnessed a lead with huge margin there from his nearest rival.

Notably, the former tele actress had fought and lost to Rahul from Amethi Lok Sabha constituency in 2014 General Election in the country. This time she had campaigned aggressively in Amethi and launched a sharp attack on the Congress president of neglecting hisown constituency.

At the height of the poll campaign, the Congress president visited Amethi only once and held a roadshow ahead of filing nomination papers.

Naveen Patnaik All Set For 5th Term, Leads In Hinjili and Bijepur