Shocking: Pregnant woman tied to bike, dragged by alcoholic husband 200 metres in UP

In a shocking incident, an alcoholic husband tied his pregnant wife to his motorbike and dragged her for more than 200 metres when she protested against his drinking habits. 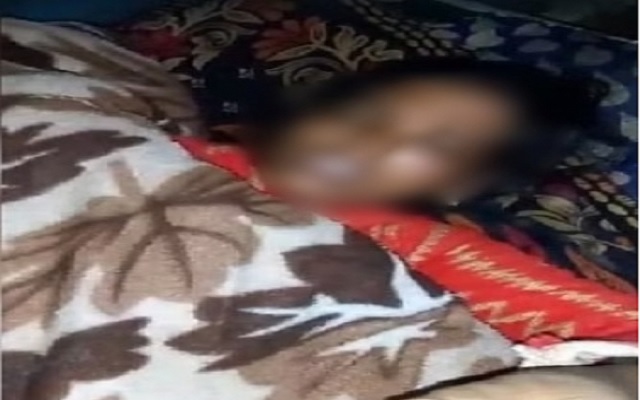 Pilibhit (Uttar Pradesh): In a shocking incident, an alcoholic husband tied his pregnant wife to his motorbike and dragged her for more than 200 metres when she protested against his drinking habits.

The incident took place in the Ghungchai village on Saturday and the accused Ram Gopal has been arrested while the wife Suman has been admitted to a hospital for treatment.

According to reports, Ram Gopal came home drunk on Saturday and Suman protested. An angry Ram, Gopal first thrashed her and then tied her to the bike and drove off.

Passers-by tried to stop Ram Gopal, but he refused to listen.

Finally, Suman’s brother managed to save his sister and took her to the hospital.

Ram Gopal and Suman got married three years back. The couple had a love marriage.

Suman alleged that after a few days of marriage, the husband became addicted to drugs.

Suman, who is now eight months pregnant, said that they often fought over his drinking habits.

Ram Gopal’s brother and mother were present in the house at the time of the incident, they protested and tried to save Suman.

The police reached the spot on getting the information and took Ram Gopal into custody.

Ghungchai Station officer Rajendra Singh Sirohi said that a report has been registered for dragging and beating Suman with the intention of killing her on the complaint of Vaishpal, the brother of the married woman.