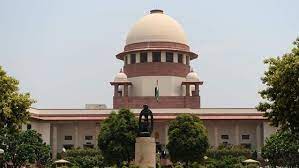 New Delhi: The Supreme Court on Friday issued a slew of directions to curb hate speeches and directed the Delhi, UP, and Uttrakhand Police to take suo motu action, even without complaint, in cases related to hate speeches.

The top court emphasised that action needs to be taken, without looking at the religion of the accused, to preserve the secular character of the country, and also orally observed that it is tragic, what we have been reduced to in the name of religion.

A bench of Justices K.M. Joseph and Hrishikesh Roy said this is the 21st century, while condemning the incidents of hate speeches.

Senior advocate Kapil Sibal and advocate Nizam Pasha, representing the petitioner, sought formation of an SIT in the matter connected with hate speeches.

At this. Justice Joseph asked Sibal, “Are Muslims also making hate speeches, why only?….people are from both sides, we are saying.” Sibal said they should not be spared. Justice Joseph orally remarked, it is tragic, what we have reduced to in the name of the religion, and emphasised on the importance of scientific temper in the 21st century.

In reference to hate speeches brought on record by the petitioner, the bench said that these statements are certainly very shocking for a country that is to be religion neutral, and such kind of statements by anyone is condemnable.

The plea contended that there should be complete harmony in the country. The bench said the country should live in harmony and the matter deserves attention of this court.

Tuition fee should always be affordable, education not a…

Relief for Jharkhand CM, SC sets aside HC order in a mining…

Sibal, representing petitioner Shaheen Abdullah, cited a speech made by BJP MP Parvesh Verma in Delhi as one of the hate speeches as he said: Such kind of hate speeches are made, what are they propagating?”

The top court, in its order, noted that plea relates to the atmosphere of hate in the county which, according to the petitioner, has led to hate speeches, despite suitable provisions in penal law and also lack of action by authorities concerned.

It said there cannot be fraternity unless members of different communities live in harmony, and asked police forces of Delhi, UP, and Uttarakhand to file a report on action taken in connection with hate speech incidents in the petition.

The bench added that police should ensure that when an incident of hate speech occurs, even without any complaint, suo motu action should be taken and the authorities should proceed against the offenders in accordance with law. It added that any hesitation to act in accordance with this direction will be viewed as contempt of court and appropriate action shall be taken against the erring officers.

It clarified that action must be taken irrespective of the religion of the person who made the speech, so that the secular character of the country is preserved.

Petitioner moved the top court also seeking direction to the Centre and states to initiate independent, credible, and impartial probe into the incidents of hate crimes and hate speeches across the country. The plea claimed that Muslim community is being “targeted and terrorised” by the participation of the members of the ruling political party in delivering the hate speeches.

India asks its students in China to register for consular needs

Cyclone to pass at a distance of 200-km from Odisha’s Dhamra Coast: SRC