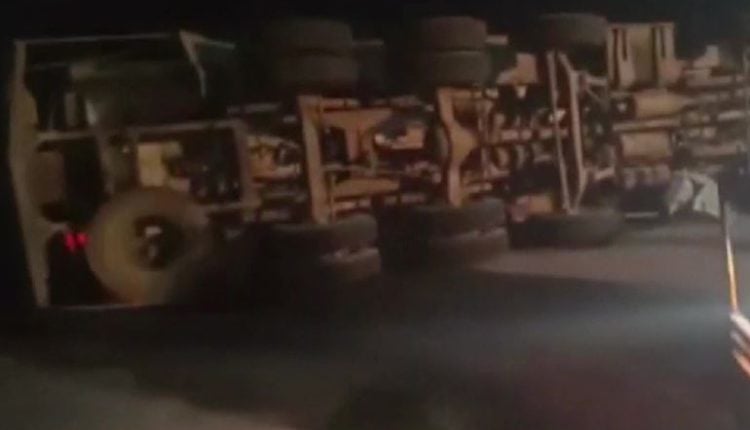 Mathura (Uttar Pradesh): Atleast seven persons were killed after an oil tanker collided with a car near Naujheel police station on the Yamuna Expressway, late on Tuesday night.

Mathura senior superintendent of police (SSP) Gaurav Grover said, “Seven persons, including two women died, after an oil tanker collided with the car they were travelling in on Yamuna Expressway.”

“The oil tanker was enroute Agra. As per preliminary investigations, the tanker collided with the divider. During the collision, a car came between the tanker and the divider. All those who were travelling in the car are dead. The kin of the deceased have been informed about the incident,” SSP said.

The bodies have been recovered and sent for post-mortem. Further probe is underway.