Police conducted mock drill in Jahangirpuri but were clueless about terrorists’ presence: Sources

The Special Cell which arrested the alleged terrorists also recovered two hand grenades from the area based on the disclosures made by the arrested duo. 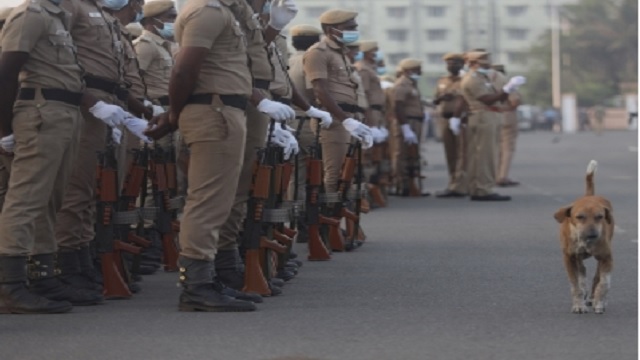 New Delhi: The arrest of two suspected Khalistani terrorists from the Jahangirpuri on Thursday (January 12), where the North-West Delhi Police had carried out a mock drill on January 6, has raised questions over the police exercise, sources said.

The Special Cell which arrested the alleged terrorists also recovered two hand grenades from the area based on the disclosures made by the arrested duo.

The sources said that this shows a failure of policing in the area.

Earlier, a mock drill was conducted in Jahangirpuri in September last year. The exercise had reportedly alerted the alleged PFI members living in the area, while the NIA chose not to conduct a single raid there despite carrying out similar exercises across the country.

On Thursday, the Special Cell had arrested Jagjit Singh alias Jagga and Naushad, who have been sent to 14-day police remand. On Friday night, the police recovered two hand grenades based on their disclosures.

Though the police had conducted a mock drill in the area as recently as on January 6, but strangely they had no clue about the presence of hand grenades or alleged terrorists living there.

In September last year, the police had carried out a mock drill in the area, when the National Investigation Agency (NIA) was planning to conduct nationwide raids against the now-banned PFI members’ hideouts.

The anti-riot mock drill was conducted on September 22 to show the preparedness of the police. The sources at that time had claimed that the timing of the drill had alerted the accused PFI members who fled from the area.

While the NIA had conducted nationwide raids, it didn’t conduct a single raid in the Jahangirpuri area, which raised quite a few eyebrows.

The SOPs were also allegedly not followed during the mock drill.