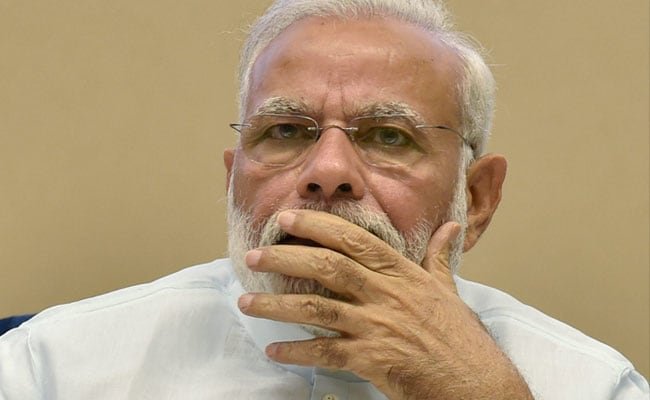 Had a telephone conversation with Kerala CM Shri Pinarayi Vijayan just now. We discussed the flood situation across the state and reviewed rescue operations.

Later this evening, I will be heading to Kerala to take stock of the unfortunate situation due to flooding. @CMOKerala

PM Modi will reach Thiruvananthapuram this evening after attending the funeral of Former Prime Minister Atal Bihari Vajpayee, which will be held at  Rashtriya Smriti Sthal here at 4 PM today.

On Saturday, the Prime Minister will go to Kochi and conduct an aerial survey of the flood-affected regions.

Heavy rain and floods continue to lash Kerala, triggering landslides and stranding people across the state. A red alert has been issued in all the 14 districts. Thousands have been shifted to relief camps.

At least 59 people have been killed in the last 24 hours taking the death toll to 103 in a week. Most numbers of deaths are reported from Thrissur, Malappuram, Kannur, Idukki and Palakkad due to landslides. Rail, air, road traffic has been hit and the Kochi Airport will continue to be closed till 26 August.