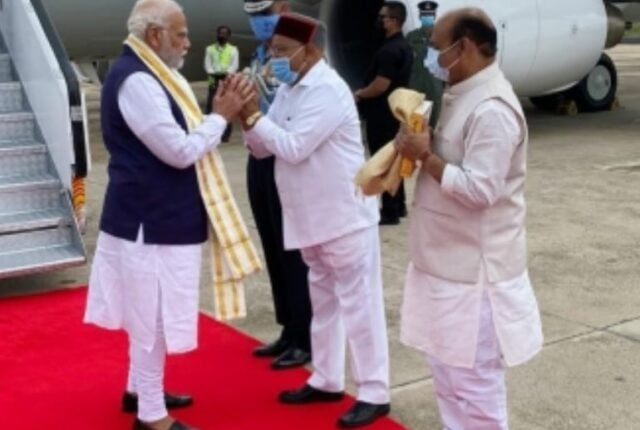 Kalaburagi: Prime Minister Narendra Modi arrived in Karnataka on Thursday to inaugurate and lay foundation stone for projects worth Rs 10,800 crore in Yadgir and Kalaburagi districts of the state.

Prime Minister Modi later travelled to Kodekal village in Yadgir district along with them by special chopper.

This happens to be Prime Minister Modi’s second visit to the state in January.

With his visit, the ruling BJP is hoping to make an impact in 41 Assembly constituencies of Kalyan Karnataka region which is also called Hyderabad-Karnataka.

Besides, a total of 51,000 of Banjara community members will be distributed property documents. Arrangements are being made for a gathering of more than three lakh people for the event in Yadgir.

Estimates report India has overtaken China as the most populous country