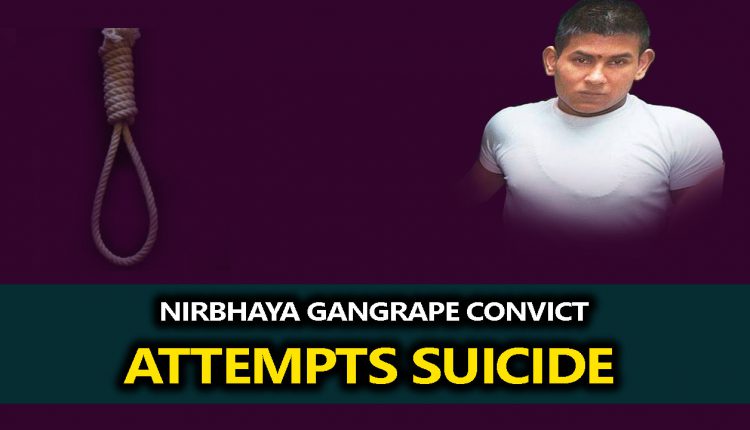 According to reports, Vinay tried to hang himself with a towel in a toilet of the jail on Wednesday morning. However he was rescued safely.

Earlier in 2016, the convict made a similar attempt to end his life but failed.

Sources said, Vinay was suffering from depression after a Delhi court announced death sentence against the four convicts including Vinay in connection to 2012 Nirbhaya gangrape and murder case in the national capital.