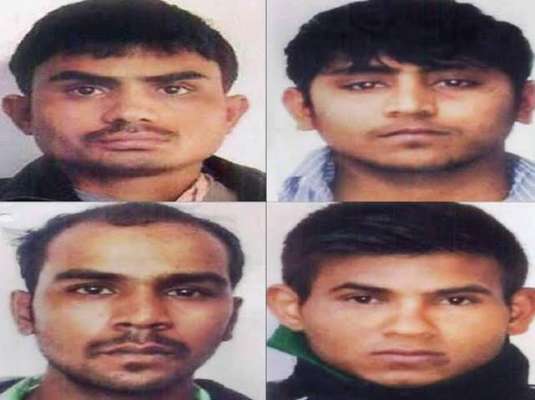 New Delhi, Jan 17: Amid the uncertainty over the date of execution of the four convicts in the Nirbhaya gang-rape and murder case, all the four criminals facing death-row have been shifted to Tihar prison complex’s jail number 3 where their hanging would take place, officials said.

The Tihar administration, busy with preparation for the execution of the four convicts — Vinay Sharma, Akshay Kumar Singh, Mukesh Kumar Singh and Pawan Gupta, locked them up on Thursday in the same jail — for the first time.

The convicts, however, are in different cells even in the same jail, and not together.

According to the Tihar Jail Directorate sources, “Since they would be taken to the execution chamber at the same time, extreme vigilance and peace will be exercised so that the four convicts can’t create any trouble.”

Since the four criminals are set to be hanged together — for the first time — in the execution chamber, the presence of jail officers and staffers, would be more.

Also, the crowd is expected to be more than usual on the day of execution.