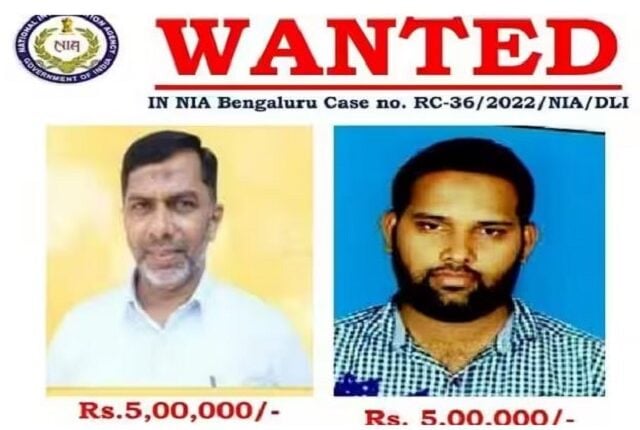 New-Delhi: The National Investigation Agency (NIA) has announced cash rewards of Rs 5 lakh each on two Popular Front of India (PFI) members who are wanted under a case related to the murder of Praveen Nettaru.

According to NIA’s wanted poster, both the terror associates are residents of Karnataka.

The NIA declared a Rs 5 lakh each against two PFI members- Kodaje Mohammed Sherif, 53, and Masud KA, 40. NIA in its bounty poster stated, “Whosoever provides any information leading to the arrest of the above-mentioned accused persons shall be rewarded.” The NIA stated that the informer’s identity will be kept secret.

Both the accused persons are wanted in connection with the murder of Praveen Nettaru, resident of Bellare.

During the investigation, the police found out the role of PFI and the matter was handed over to the NIA following an order issued by the Counter terrorism and Counter Radicalisation division of the Ministry of Home Affairs (MHA).