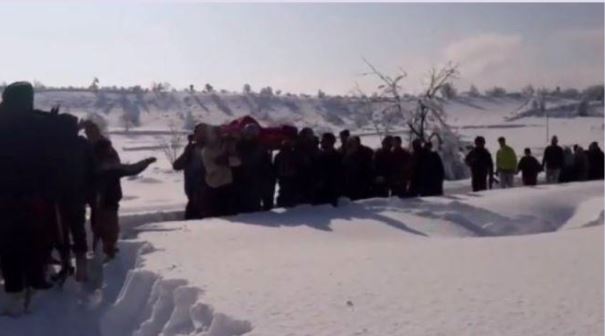 New Delhi: Prime Minister Narendra Modi on the occasion of 72nd Army Day on Wednesday took to Twitter to hail the “valour and professionalism” of the Indian Army for rescuing a pregnant woman in snow-bound Kashmir.

Taking to Twitter, Prime Minister Modi said the Army is India’s pride and saluted the courage and valour of the soldiers.

“Our Army is known for its valour and professionalism. It is also respected for its humanitarian spirit. Whenever people have needed help, our Army has risen to the occasion and done everything possible! Proud of our Army,” he tweeted.

It all started after the Chinar Corps of the Indian Army, @ChinarcorpsIA shared a video of Army jawans carrying a pregnant woman through heavy snow.

Twitterati were quick to praise the Indian Army soldiers for their bravery and service. A user on the microblogging site Twitter wrote, “We extend our gratitude towards our brave #Soldiers & their families who safeguard the sovereignty of the country & keep us safe & secure with incessant vigil. On the 72nd we salute the indomitable courage & valour of the heroes of #IndianArmy. #ArmyDay2020.”

A post read, “This is the reason that despite being one of the most powerful armies in the world, the Indian Army is viewed with the most respect. The Indian Army is always ready to protect its borders and help the citizens of the country even in odd circumstances. We are proud of @adgpi.”

A Tweeple remarked, “Greetings to Indian Army personnel and their families on Army Day. Dedication, commitment, discipline and values of the Indian Army is an inspiration to all countrymen. We salute the valour of our brave soldiers who have made supreme sacrifice for the motherland. #ArmyDay”